Warning: "continue" targeting switch is equivalent to "break". Did you mean to use "continue 2"? in /homepages/2/d80640487/htdocs/clickandbuilds/GGII/wp-content/themes/Divi/includes/builder/functions.php on line 6044
 Gorley’s Guide to the Wines & Winemakers of Languedoc-Roussillon | The Wines & Winemakers of Languedoc-Roussillon

Gorley’s Guide to the Wines & Winemakers of Languedoc-Roussillon 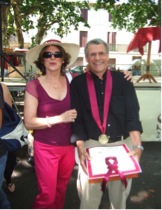 With an Australian mother and a seafaring Devonian father, travel must be in my blood. When I was seven and living in Putney SW15, Mum broached an old bottle of Seppelt’s “champagne” to celebrate Dad’s homecoming, and perhaps the die was cast: wine’s in my blood too. Thus, in the mid-80s, my artist wife Elizabeth Hannaford and I fell in love with an ancient house – lieu-dit Le Château – in a small wine village in Languedoc. In 1998, on holiday in Cape Town, we bought John Platter’s impeccable guide to the South African vineyards. Liz said I should write the Languedoc equivalent. 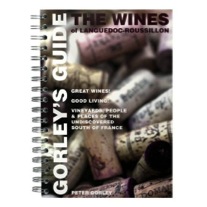 So, in 2002 the first “Gorley’s Guide” was published, with blurbs kindly supplied by Jancis Robinson MW and Kermit Lynch. The book sold out over a couple of years. Readers, including UK wine writer Malcolm Gluck, were complimentary. From the Millennium onwards, tracking the development of the Languedoc-Roussillon wine region became my obsession, fuelled by value-for-money wines and the excitement as Masters of Wine bought houses, and many Brits and other outsiders bought vineyards around us. The region has blossomed.

This second edition has taken almost a decade to assemble. Many kilometers have been driven, a vast amount of tasting done, and rather a lot of buying. Generous winemakers have also gifted me fine bottles. Wine shows in London and Languedoc, local fêtes, open cellar doors, and wine trails – sentiers gourmands – have helped flesh out my coverage of the region. My notebooks have filled with decreasingly legible tasting notes.

The winemakers may also see photos of themselves when younger, like mine above!

This website uses cookies to improve your experience while you navigate through the website. Out of these, the cookies that are categorized as necessary are stored on your browser as they are essential for the working of basic functionalities of the website. We also use third-party cookies that help us analyze and understand how you use this website. These cookies will be stored in your browser only with your consent. You also have the option to opt-out of these cookies. But opting out of some of these cookies may affect your browsing experience.
Necessary Always Enabled

Any cookies that may not be particularly necessary for the website to function and is used specifically to collect user personal data via analytics, ads, other embedded contents are termed as non-necessary cookies. It is mandatory to procure user consent prior to running these cookies on your website.